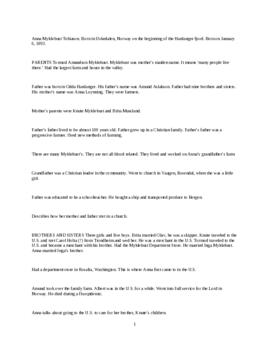 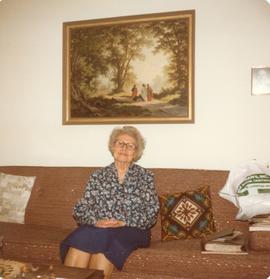 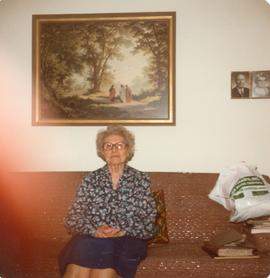 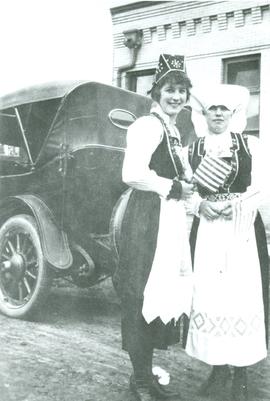 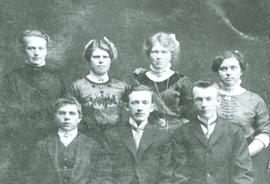 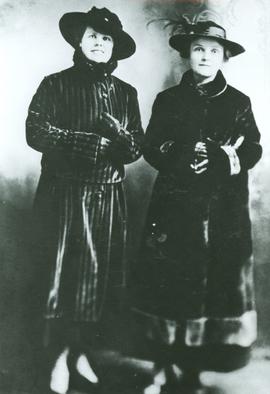 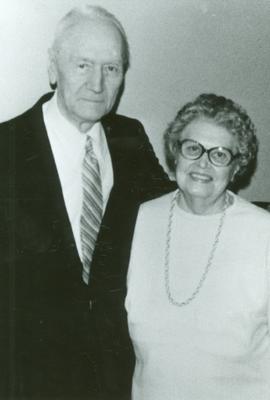 This interview was conducted with Anna Tobiason on November 19, 1981 in Tacoma, Washington. It contains information on family background, emigration, employment, marriage and family, church involvement, and Norwegian heritage. The interview also provides a letter from President Eastvold and photographs of Anna in traditional Scandinavian dress, Anna and her siblings Olav and Soinneva, inside the Myklebust family home, Anna and her brother's wife, Meja Myklebust (ca. 1916), Anna and Mrs. Munson, Mrs. A.W. Ramstad, and Mrs. M.T. Hokenstad (all former presidents of Pacific District Women's Missionary Federation of former Evangelical Lutheran Church), and Anna at the time of the interview. The interview was conducted in English.

Anna Myklebust was born on January 6, 1893 in Uskedalen, Norway to Tormod and Soinneva Myklebust. She had seven siblings, and the family lived on a dairy farm, where they also raised grain, oats, barley, rye, and potatoes. Anna's mother's managed the farm, and her father was a Christian leader, who gave lectures and sent Evangelists to various communities. Tormod died when Anna was only five and half years old. Anna worked for her sister after she finished school and was confirmed. When she was twenty-one, she immigrated to America to help her brother Knute take care of his children while his wife was ill. Knute lived in Rosalia, WA, where he owned a department store with their brother Tormod. The families and business later moved to Moscow, ID, where Anna worked in the store and did housework for a prosperous family in town. Anna met her husband, John Raymond Tobiason (Ray), while working in the store. He was her sister-in-law's brother and also worked in the store. When Knute eventually moved to Longview, WA, Anna and Ray went with him. Ray and Anna were married in Longview on June 14, 1927, and a year later, their son John Raymond Tobiason Jr. (Ray) was born. Anna and Ray owned a grocery store in Longview and lived there for twenty-nine years. After that, they moved to Tacoma, WA and opened a variety store. They eventually sold this store, and Ray took a job at a factory in Portland, in which he traveled throughout Idaho and Washington taking orders. Anna traveled with him for six years. Through the years, Anna has not had time for Scandinavian organizations, but she has been very active in church life. She was a charter member of Emmanuel Lutheran Church in Longview, where she has served as President, Superintendent, and President of Northwest District, ALC. Since 1955, she has been a member of St. Mark's Lutheran Church in Tacoma. Anna is very proud of her Christian upbringing and Norwegian heritage. She has continued to cook traditional Norwegian dishes and remains in contact with her relatives still in Norway.