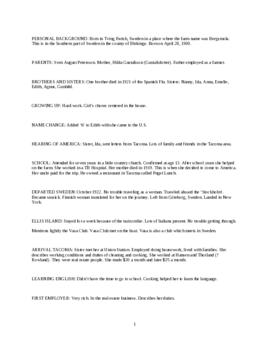 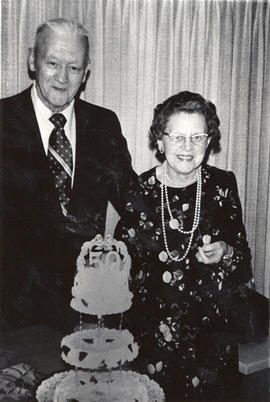 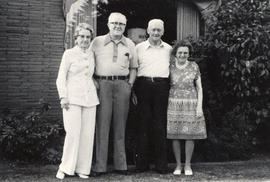 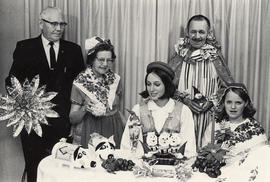 The interview was conducted with Edith Alm on August 6, 1981 in Tacoma, Washington. This interview contains information on family history, life in Sweden, school, employment, voyage to America, learning English, settling in, church life, the Vasa club, cooking, return trips to Sweden, the Swedish language, and Swedish traditions. A photograph of Edith at a Vasa Lodge bazaar is also available. The interview was conducted in English. Also see Ivar Alm.

Edith Matilda (Svensson) Alm was born on a farm called Bergsmola in Tving Parish, Sweden on April 28, 1900. She was one of eight children born to Sven August Petersson and Hilda Gustafsson. Edith attended school for seven years in a country church where she was confirmed at age 13. She worked on the farm as well as in a TB hospital. After her mother died in 1919 and her brother died of the Spanish Flu in 1921, Edith decided to depart for America. Many of Edith's family members and friends lived in the Tacoma area. Her uncle, a restaurant owner, paid for her trip. Edith departed from Göteborg, Sweden in October of 1922, traveling aboard the "Stockholm". The ship arrived at Ellis Island; Edith had to stay in New York for a week due to a train strike. After reaching Tacoma, Edith worked as a housekeeper. She claims that the great amount of cooking she did helped her learn the English language. Edith married Ivar Gottfrid Alm in 1928 and continued to work as a cook and housekeeper for wealthy families in Tacoma. She started her own catering business in 1933; Edith ran the renowned business until 1963. Edith is a member of First Lutheran Church in Tacoma. She preserves her Swedish heritage by participating in the Vasa club, making Swedish food, and speaking the Swedish language with her friends. Edith has taken several trips back to Sweden, and she maintains contact with her Swedish relatives.