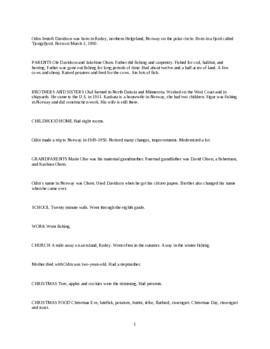 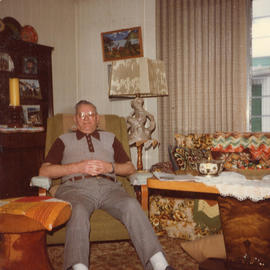 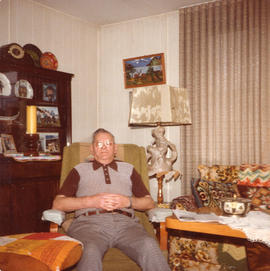 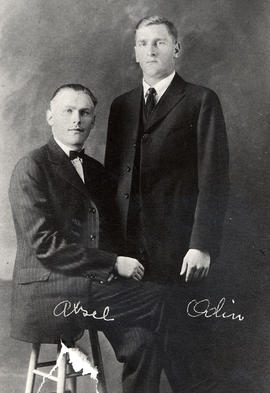 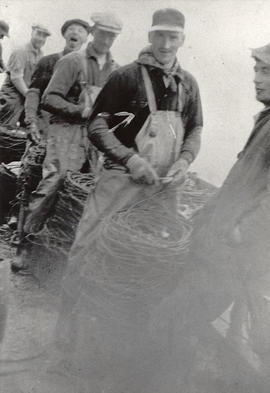 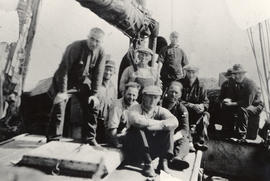 Odin Davidson was born on August 3, 1900 in Rødøy, Helgeland, Norway to Ole Davidson and Jakobine Olsen. Ole was a fisherman and carpenter and had twelve and a half acres of land, where the family raised cows, sheep, and potatoes. In addition to Odin, there were four other children in the family: Olaf, Kasbara, Aksel, and Sigur. Odin attended school through the eighth grade and then began fishing with a neighbor after his confirmation. Not making a sufficient amount of money in Norway, Odin decided to immigrate to America in 1920. His brother Olaf had a farm near Albert Lea, MN. Odin lived with Olaf and worked on various farms for three years and then moved west, where he could fish and make a better living. After finding work in Seattle, Odin was shipped to Alaska, where he fished for salmon. In the early days of his fishing career, the men could fish from the dories, which were 16 feet long and held two men each. However, in the 1930s, dories were abolished, and they began long-lining-fishing from the big boats. Odin maintained fishing as his occupation until retirement. On April 27, 1929, Odin married Inga Brobak and had two children, Judith and another daughter who died of rheumatic fever when she was fourteen. The family lived on a small farm north of Seattle, where they had cows, chickens, and raised some of their own vegetables. Odin was not involved with any Norwegian organizations but was active in the Lutheran Church. Odin returned to Norway in the fall of 1949 - February 1950 and still speaks and understands Norwegian. He also continues to cook traditional Norwegian foods.