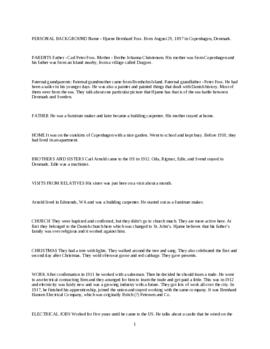 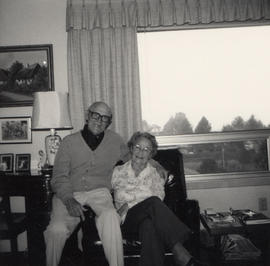 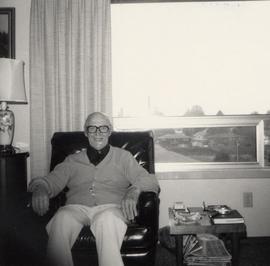 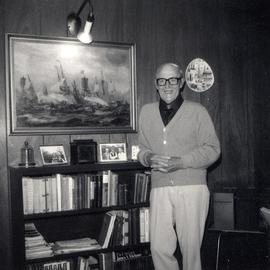 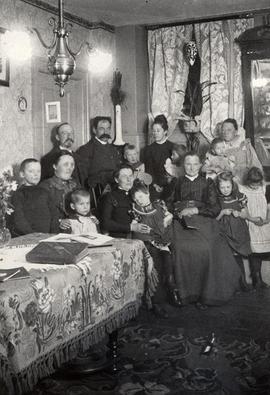 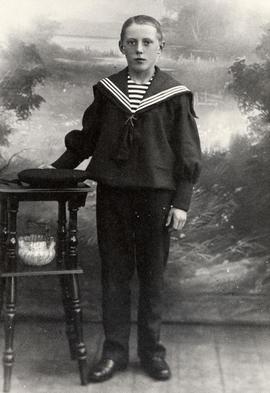 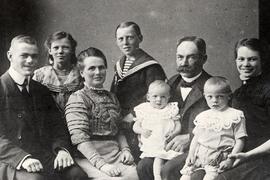 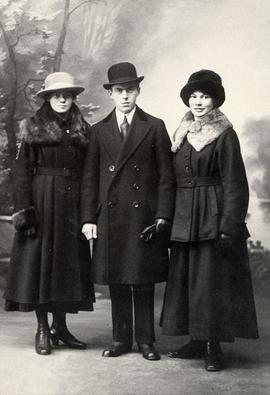 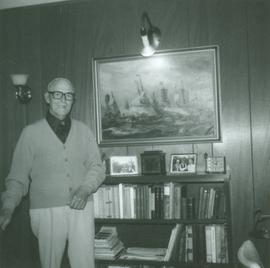 This interview was conducted with Hjarne Foss on October 20, 1982 in Seattle, Washington. It contains information on family background, employment, emigration, marriage and family, and return trips to Denmark. The interview also includes photographs of the Foss family in 1902, Hjarne in 1911, the Foss family in 1912, Hjarne with his sisters in 1918 or 1919, a business card from H.B. Foss Electric Shop in Solvang, California, and Hjarne at the time of the interview. Also see Laura Foss.

Hjarne Foss was born on August 29, 1897 in Copenhagen, Denmark. His parents were Carl Peter Foss and Berthe Johanna Christensen, and Hjarne had five siblings: Carl Arnold, Oda, Rigmor, Svend, and Edle. All of the children were baptized and confirmed, but the family did not attend church often. After Hjarne's confirmation in 1911, he got an apprenticeship at an electrical contracting firm, where he learned the trade for five years and then joined the union and stayed at the same company for another five years. By that time, work was slowing down, and Hjarne decided to immigrate to the United States. He stayed with an uncle in Chicago for one month and then moved to Wisconsin, where he obtained factory jobs. In 1923, Hjarne went to Seattle, WA, where his brother worked. In Seattle, Hjarne became employed at the Modern Appliance Co. and worked with Frigidaire refrigerators when they first came onto the market. Hjarne met his first wife, Theresa Pohls, at a Danish church and was married in 1926. Theresa was born in Iowa and raised in St. Andrews, Washington. On January 5, 1928, they had their only child, Helen. The following year, they moved to Solvang, California, where Theresa's father lived, and Hjarne began working in a lumberyard. From there, they moved back to Denmark for a year and a half, and Hjarne worked for the Frigidaire Company in Copenhagen. Upon their return to America, Hjarne worked as an electrical contractor and had his own shop, H.P. Foss Electric Shop. Theresa passed away in late 1960, and five years later, Hjarne took a trip to Denmark with Laura Christiansen, whose husband, Harald, had died in 1962. Hjarne had been friends with both Laura and Harold, having met them around the same time he met Theresa. Hjarne and Laura were married in 1967 and have since returned to Denmark several more times.