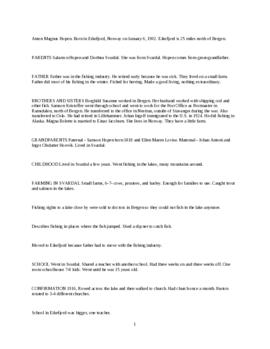 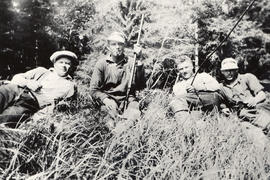 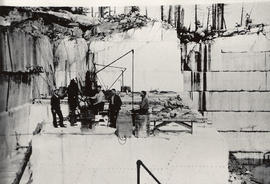 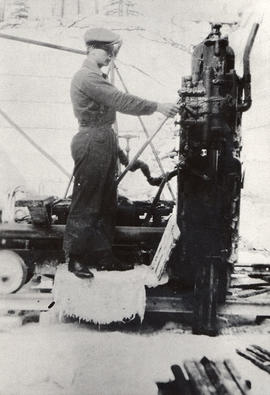 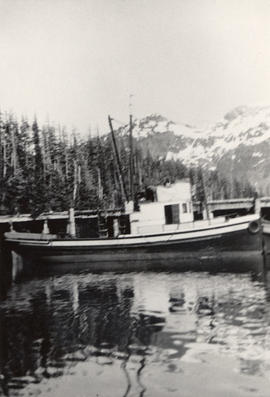 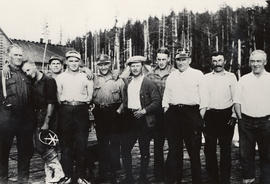 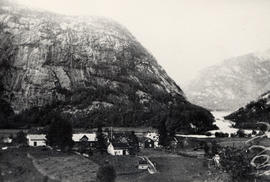 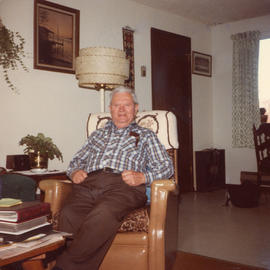 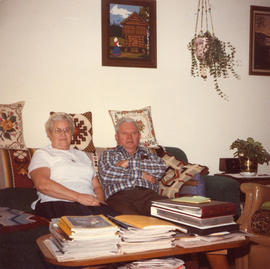 The interview was conducted with Anton Hopen on November 2, 1981 in Tacoma, Washington. This interview provides information on family history, fishing and farming in Norway, childhood, school, work in Norway, reason for emigrating, voyage to America, train trip to Tacoma, work in U.S., Great Depression, fishing in U.S., citizenship, Norwegian organizations in Alaska, visits to Norway, and changes in Norwegian farming. The interview also contains photographs of Anton Hopen in Tokeen, Alaska, the marble quarry in Tokeen, Anton cutting marble, Anton and other quarry employees, Brunwald (the boat Anton fished on in Alaska), Anton's home in Svardal, Norway, and Anton and his wife Anna at the time of the interview. The interview was conducted in English. Also see Anna Hopen, T113.

Anton Magnus Hopen was born on January 6, 1902 in Eikefjord, Norway, which is twenty-five miles north of Bergen. His parents are Salamon Mathias Hopen and Dorthea Svardal, and he had two brothers and two sisters. They lived in Svardal for a few years and then moved to Eikefjord because his father was in the fishing industry and had to move to follow it. Anton was confirmed in 1916 and attended school until he was 15. He left home when he was 16 and worked on the telephone lines; he was foreman for one year. He left Norway on April 11, 1923, landed at St. John's in Canada, and took a train through Montreal, Winnipeg on to Blaine and Tacoma, Washington. He worked at a logging camp near Enumclaw, Washingotn for a year and then for the railroad building track into the logging camps. He went to see an uncle in Alaska and got a job with Vermont Marble Co. in Tokeen, Alaska working in the marble quarries. He visited Norway for six months in 1926 and came back and worked in the marble quarry until it shut down in 1932. He then fished for many small companies in Alaska and went to Tacoma in the winter. He met his wife, Anna Tweiten, during a snowball fight at 13th and Market in Tacoma, and they married in 1936 in Cordova, AK. Anton became a citizen on September 20, 1937 and received his papers in Cordova. In the 1940s, he worked for Oceanic Fisheries out of Seattle and built his own boat in 1948. He then fished on the Puget Sound during the fall and Alaska in the spring, fishing for himself, and he quit fishing in 1973. He was a member of the Moose Lodge in Alaska for many years and took trips to Norway in 1970, 1975, and 1979.