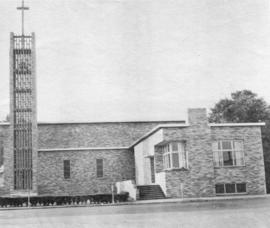 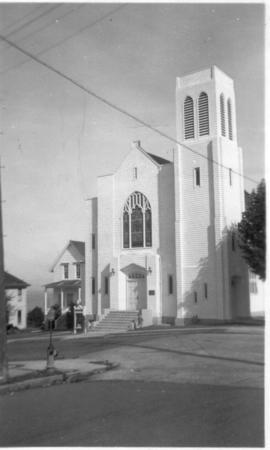 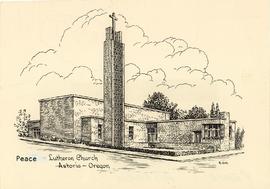 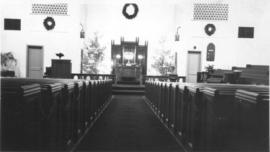 (Folder #1) This folder contains a congregational historical record, correspondence, a pamphlet about Finnish setters in North America, various bulletins (including from the 107th anniversary, an English–Finnish worship, the installation of Rev. Jerry Buss, and the installation of Rev. Jane M. Bengtson), Approved Constitution for the Congregations of the LCA, newspaper clippings, Articles of Incorporation for Zion (1967), booklets for Zion’s 75th and 90th anniversary celebrations, a photo of children at Peace, and a pamphlet from the Festival of the Reformation. (Folder#2) This folder contains correspondence, various bulletins (including from the installation of Rev. William A. Williams at Zion and from Peace Lutheran’s 110th anniversary), official calls, a proposed budget for Trinity (1972), a pastor’s report for Trinity (1974), a parish profile for Trinity (1974) and for Zion (1973), an agenda for meeting of council of consolidated Trinity-Zion congregation (1974), a proposed agreement of consolidation, a graph of baptized members by age at Trinity and Zion, Trinity and Zion consolidation study, Trinity and Zion consolidation committee meeting, graphs and charts of church finances, parish membership, attendance and education, Zion budget goals (1974), minutes and report from an annual meeting of Zion (1974), and council meeting minutes for Trinity and Zion.