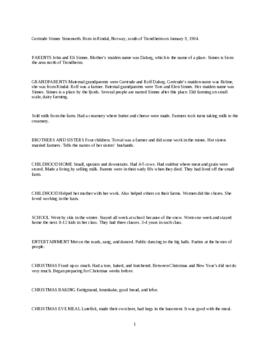 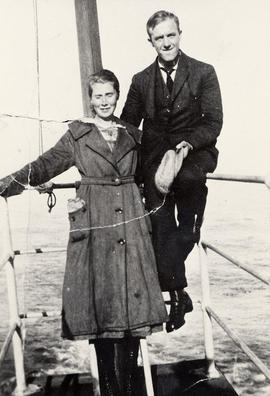 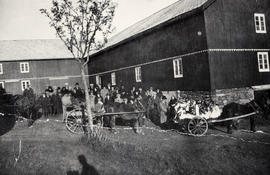 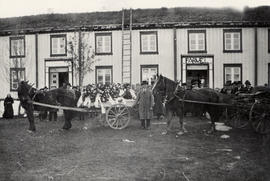 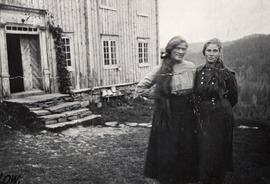 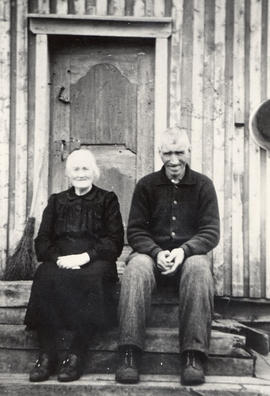 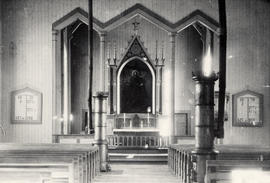 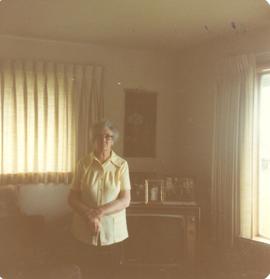 Gertrude Simonseth was born on January 9, 1904 in Rindal, Norway, which is located south of Trondheim. Her parents were John and Eli Sinnes, and she had three younger siblings: Torval, Ellen, and Johanna. Gertrude's father worked in the mines during the winters and Gertrude's mother stayed home to work on their small farm. The family made money by selling milk, and Gertrude helped her mother with the farm work. She loved to work in the barn. Gertrude continued to work at home after her confirmation, and then met her husband, Nels Simonseth, in 1922. The young couple decided to emigrate to America and left on September 10, 1922. It took them 8-10 days to reach Ellis Island, and they then had to stay there for 3-4 days because it was so full. When they were finally through customs, Gertrude and Nels took the train to Madison, Minnesota, which was mostly a Norwegian community. In Madison, the couple got married and had two children, Marie and Esther. Gertrude and Nels then moved to Washington and had five more children: Edmund, Norman, Grace, John, and Agnes. Gertrude did cooking and cleaning for fifteen years in Washington, including working at the Cedar Inn Restaurant and Josephine's Sunset Home in Stanwood, WA. Through the years, they have also lived in Milltown, Montana and Freeborn, Minnesota. Gertrude maintained many Norwegian traditions in her home, including speaking mostly in Norwegian and cooking flatbrød and lefse. She has also taken four trips back to Norway.