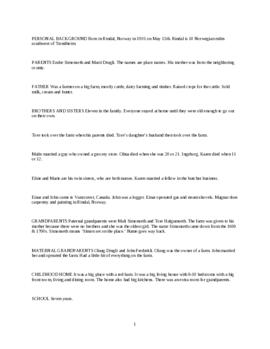 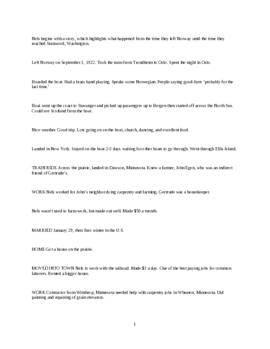 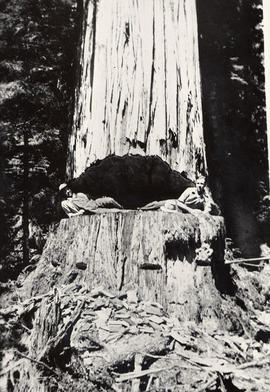 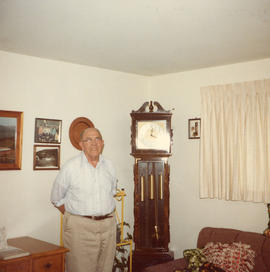 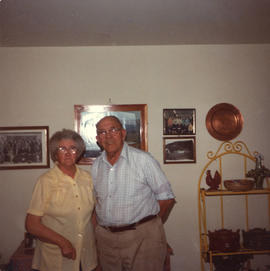 Nels and Gertrude Simonseth provided a personal tape, which chronicles their departure from Norway until their settling in Stanwood, WA.

Nels Simonseth was born on May 13, 1901 in Rindal, Norway, which is ten Norwegian miles southwest of Trondheim. His parents were Endre Simonseth and Marit Drugli, and there were eleven children in the family. Endre was dairy farmer, and the family lived on a large farm. Nels attended school for seven years, and after he was confirmed, he did carpentry work. Nels met his wife, Gertrude Sinnes, when she was working for his relatives, and they decided to immigrate to America in September of 1922. From New York, Nels and Gertrude took the train to Dawson, MN, where Gertrude's friend's boyfriend had a farm. They began to work on farms in Dawson and were married in Madison, MN. Nels later got a job with the railroad, and they moved to Watson, MN and later Montana. After a few years, Nels and Gertrude moved to the West Coast, where Gertrude had relatives in Conway, WA. They had two daughters at this time, Marie and Esther. They settled in Washington, and Nels obtained a logging job. He worked in logging camps until World War II broke out and then began doing carpentry work again. In 1941, he began building naval bases in Oak Harbor and later joined the union. He continued to do carpentry work for another thirty-seven years. He and Gertrude also had five more children while living in Washington: Edmund, Norman, Grace, John, and Agnes. Nels attends Free Born Lutheran and belongs to the Sons of Norway. He has returned to Norway twice and says that the country has changed so much, he no longer recognizes it.