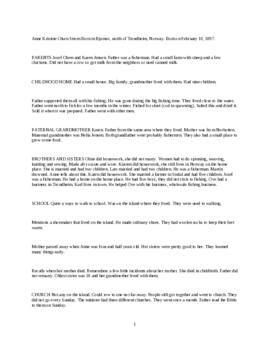 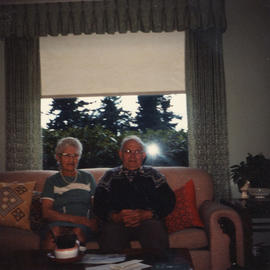 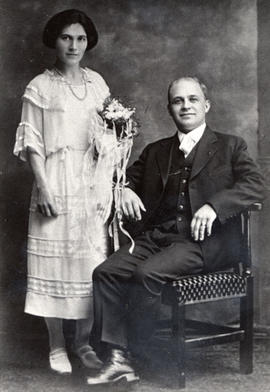 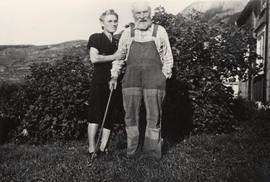 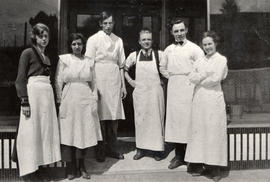 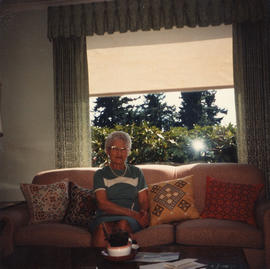 This interview was conducted with Anne Strom on April 6, 1982 in Tacoma, Washington. It provides information on family background, emigration, employment, marriage and family, community involvement, and Norwegian heritage. The interview also contains copies of Anne's emigration papers, Anne's Certificate of Achievement from Seattle-Tacoma Shipbuilding Corporation for passing Test No. 1 for Welder, and photographs. The photographs consist of Anne and her father (taken in Norway), Anne at the North Star restaurant, and Anne and her husband Alfred at the time of the interview. Also see Alfred Strom. The interview was conducted in English.

Anne Strom was born on February 1897 in Bjørnør, Norway to Josef Olsen Hasen and Karen Jensen. Her father was a fisherman, and the family lived on a small farm. In addition to Anne, there were eight other children in the family: Oline, Kirsten, Lars, Martin, Karen, Josef, Ove, and Karl. Anne's mother passed away when Anne was four and a half, and her father did not remarry. Oline was eighteen at the time, and Anne's grandmother also lived with them, so the younger children were taken care of. After Anne finished school, she obtained a job on a neighbor's farm, where she did housework and later returned home to take her turn helping her father. When Anne was twenty, she decided to emigrate and wrote to her uncle in Grantsburg, WI. Her uncle sent her money for a ticket, and Anne left Norway in August 1920 with her friend Karen Tellefson, who had previously been to America. They landed on Ellis Island on the sixteenth and then took the train to Grantsburg. In Grantsburg, Anne went to her uncle's house and obtained a job on a neighbor's farm in the spring. Karen then decided to move to Duluth, MN, and Anne went with her. In Duluth, Anne found work at a match factory and also met her husband, Alfred Strom. Alfred was from the same community in Norway as Anne, and Anne knew he was in the United States. They were married August 1923 and had two children: Ingvald and Ruth. The family eventually settled in Tacoma, WA. In Tacoma, Anne has been very active in the Daughters of Norway. She has served as President and chaplain of the grand lodge. Anne also maintained traditional Norwegian cooking in her household, and her children learned some Norwegian. She has returned to Norway five times.