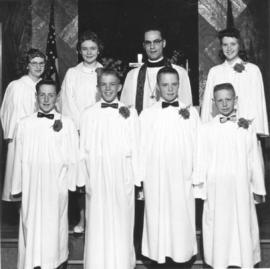 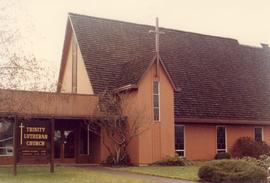 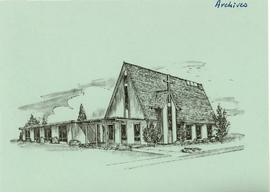 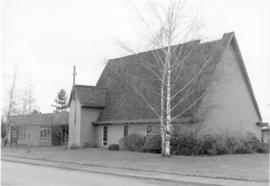 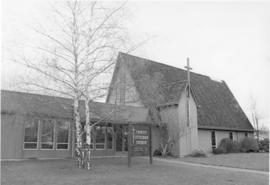 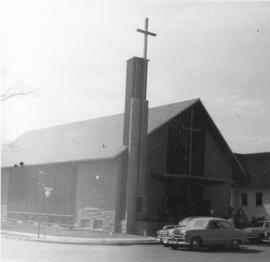 This folder contains a congregational historical record, a bulletin from 1954, a booklet from the 25th anniversary, a bulletin from 1975, various letters, a letter of call, two bulletins from All Saint's Day 1978, an application for DMNA service, the proposed budget for 1977, a field report, Giving and Pledging records 1974 and 1975, two bulletins from services of installation of Curtis Zeiske and Carrol Olson, a congregational form for giving to the church, an announcement for a leadership retreat, an annual report from 1974, poposed budget for 1975, Church council minutes 1974, a plan for balancing the budget, notes from a regular council meeting in 1975, a quarterly report from the board of American Missions, a ministry profile from 1971, 40th anniversary flyer, anniversary offering envelopes, two programs for 40th anniversary, "An Irreverent Look Ahead to The 50th Anniversary," booklet, installation service program for Mark S. Brocker, 40th anniversary celebration, various newspaper clippings, 1991 service program, Trinity Lutheran Tidings 1991, church constitution, and 35th anniversary program.

After a survey in 1952, it became apparent that a Lutheran nucleus was interested in the formation of a congregation affiliated with the United Lutheran Church. The first service was held in the Nazarene church in July. The formal organizational service was held on January 18, 1953, with 55 persons signing the charter. During the next four years the congregation grew to 303 baptized members and purchased the Nazarene church at First and Davis. In 1959 the present site was purchased, and on October 6, 1963 the new site was purchased, and on October 6, 1963 the new church was dedicated. The parsonage was completed in 1964. In 1983 a social hall addition was dedicated, much of the work having been done by volunteers. A five rank pipe organ was completed in 1985.