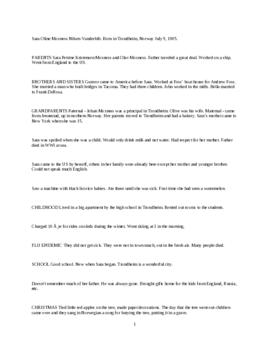 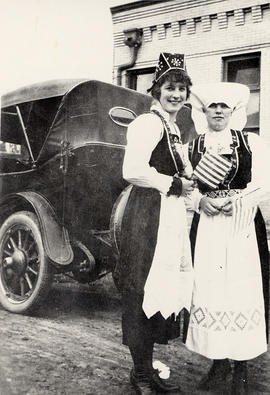 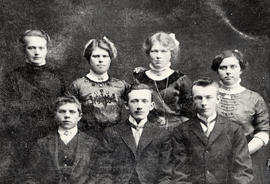 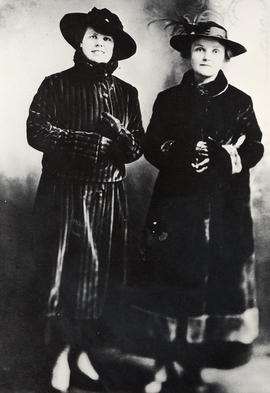 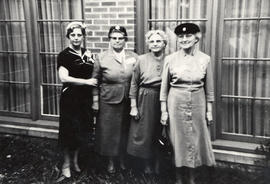 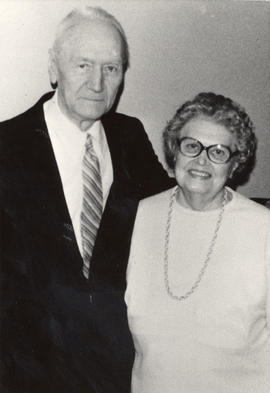 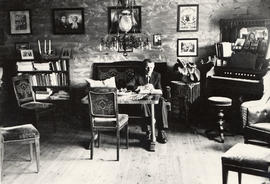 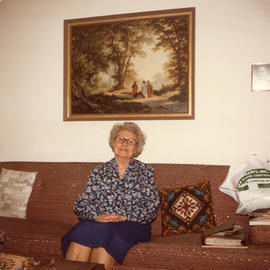 This interview was conducted with Sara Vanderbilt on November 7, 1981. It contains information on family background, emigration, employment, marriage and family, community activities, and Norwegian heritage. The interview also provides photographs of Sara and Captain Jorgens, Sara at a logging camp, Sara and Thea Foss, Sara at age eighteen, and Sara at the time of the interview. Also see Bergliot DeRosa, t102 & 103. The interview was conducted in English.

Sara Vanderbilt was born on July 9, 1905 in Trondheim, Norway to Olav Moxness and Sara Petrine Kristensen Moxness. Olav worked on a ship and died at sea during World War I. There were five other children in the family, and they lived in a big apartment near the high school in Trondheim, renting out rooms to students. Sara's sister Gunvor went to America years before Sara emigrated and worked for Andrew Foss at Foss' boathouse in Tacoma, WA. In August 1923, Andrew Foss sent Sara a ticket to America, and Sara lived with his family upon her arrival. In order to pay Andrew back for the ticket, Sara found a housekeeping job with John Dempsey. She later cooked and cleaned for the Hunt family. Sara met her husband Marcluis Nilsen, a longshoreman, at the Normanna Hall in Tacoma. They dated for three years before they were married in September 1930, and had three children together: John, Delores (Goddard), and Julianne (Russell). Marcluis had a drinking problem and did not give Sara any money to live on. He eventually left her and the children, after which she became a cashier at McChord Air Force Base and Ft. Lewis. Sara also met her second husband, John Vanderbilt, at a hall in Tacoma. John was from Holland, and in 1948, they had a daughter, Elizabeth. Sara attends church and is a member of the Sons of Norway. She did not speak Norwegian in her home in America but has maintained Norwegian traditions, including cooking fattigmand, rommegrøt, krumkake, lutefisk, and smørgrøt. She has also visited her homeland four times and is proud of her ancestry.