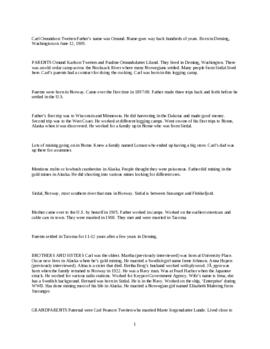 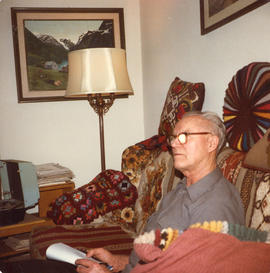 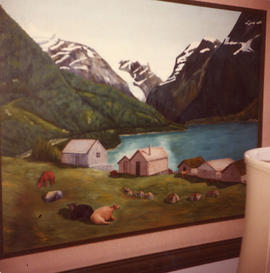 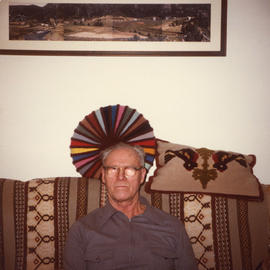 This interview was conducted with Carl Tweiten on January 25, 1982 in Tacoma, WA. It contains information on family background, return to Norway, emigration, occupation, and Norwegian heritage. The interview also contains an article from a Norwegian publication, which includes a photograph of Carl, and photographs of a painting of the Tweiten home in Norway and Carl at the time of the interview. Also see Martha Handeland and Anna Hopen. The interview was conducted in English.

Carl Tweiten was born on June 12, 1909 in Deming, Washington. His parents were Omund Tweiten and Pauline Liland, and he was the eldest of eight children, including Martha (Handeland), Oscar, Anna (Hopen), Alma, Bertha, Jørgen, and Thor. Carl's father first came to America from Tweiten, Sirdal, Norway in 1897-1898, and made three trips back and forth before settling in Tacoma, WA. In Tacoma, Omund met Pauline Liland, who had emigrated from Liland, Sirdal, Norway in 1905. They were married in 1908 and then moved to Deming. In 1920, Carl's parents decided to go back to Sirdal, Norway, where Omund became a chauffeur and the family lived and worked on a small farm belonging to Carl's uncle. In Norway, Carl attended 'omskole,' summarized high school, and trapped birds, harvested hay, and helped his uncle with cattle trading to make money. After seven years, Carl decided to return to America with his sister Martha. They stayed with an aunt and uncle in Tacoma, WA for one year, and Carl worked in a local sawmill. Carl later began working in logging camps, and then did trapping and mining in Alaska. While mining, Carl was caught in a dynamite blast, and had to have surgery to save his eyes. Nevertheless, he still lost much of his eyesight. After the accident, Carl went back to Tacoma and began working for a plywood company. He also built a house for himself despite his poor eyesight. Carl has not participated much in Scandinavian organizations but does belong to Gloria Dei Church. He appreciates his Norwegian heritage and has taken two trips back to Norway.